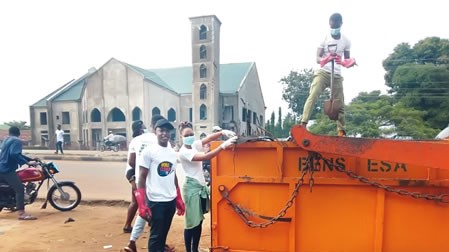 World Clean Up Day is September 21 annually. It is a global social action programme designed to address the global solid waste problem. It is note-worthy that in Nigeria, where the young population have been tagged as scammers and lazy, the World Clean Up Day was essentially youth-driven. They said their desire for positive impact and a better future motivated them.

In Lagos, Greenhill Recycling Limited in partnership with staff of Fidelity Bank, Lagos State Waste Management Authority (LAWMA), officials from Isolo LCDA, and volunteers cleaned up the drainage by the Isolo Market near the Isolo General Hospital. The team afterwards handed out purple bags provided by the Lagos State government as part of the state’s Blue Box initiative to residents to sort their recyclable wastes from their houses. As a result, 389 residents were registered in the Blue Box initiative. The Lagos State Ministry of Environment officials were present during the exercise.

At another location in Lagos, U-Recycle Initiative Nigeria in collaboration with The Green Club University of Lagos (UNILAG) commemorated the World Cleanup Day 2019 by organising a clean-up festival. The festival was sponsored by Cycled App and Keystone Bank.

The clean-up festival featured a fitness session, clean-ups in three polluted areas, treasure hunts, and talks on the environment. The polluted areas were the UNILAG lagoon front, Indomie Bridge and UNILAG gate.

Also, in Lagos, at Sura Shopping Complex Lagos Island, ride-hailing company, Bolt, participated in the clean-up, alongside some banks.

Why we did it, youths speak

At the various clean-up events Ecoscope monitored on Saturday, it was clearly observed that the activities were being led and executed by young people.

Oluwaseyi Moejoh is an 18-year-old. She leads an organisation called U-Recycle Initiative Nigeria, which she co-founded with Fathia Bello who is 17.

She told Ecoscope her reason for going out on Saturday. “The more I know about the harmful impact of mismanaged waste, especially plastic waste, on our planet and humans, the more I get motivated to mobilise people to act towards preserving our environment and make them know and understand how their little action matters in preserving the future of our planet.

“The clean-up festival is one of the ways we hope to keep mobilising, educating, engaging and inspiring everyone to take sustainable actions towards solving the problem of waste pollution and its impact on humans and the planet,” she said.

Olayinka Adebajo, 30, is a volunteer with Susty Vibes. At the Iwo Road motor park clean-up in Ibadan, he said to Ecoscope that if life was all about making impact, he was focusing on the environment to do so. “This is impact for me and that’s the foundation of my interest. You can’t leave the world the way you met it,” he said.

At the same clean-up location, 24-year-old Olayiwola Zainab, volunteer Team Lead, Oyo for Rees Africa, said she was motivated by the fact that “climate change is real. It’s a global issue that affects not just whites, but blacks as well. I chose to be part of making a real change in society.”

Abebola Sobanjo is the 32-year-old CEO of RecycleGarb Hub Limited. On her part, participating in the clean-up was to reduce the pollution in the environment, join the rest of the world in the global clean-up exercise, and to motivate the Nigerian public to make conscious effort to maintain a clean and healthy environment.

Mariam Lawani, 33, Founder/CEO, Greenhill Recycling, said she “looks forward to a habitable and sustainable earth for my own children. That’s enough motivation.”

She added that as one of the companies partnering Lagos State government on its Blue Box initiative, such clean-up outings would continue for weeks to come. Lawani said that before there is recycling, there collection and aggregation must come first, hence clean-up activities such as Saturday’s event were necessary.

“Young people have to lead. Things like clean-up and the environment which are critical to our continued existence and healthy living, we have come to understand are things we should not take with levity,” said 34-year-old Ayorinde Elegbe, Acting Project Coordinator and Team /Management Head, Rees Africa. “When we preach the change and act the change, even the elderly will see a need to collaborate with us to see that this happens in a sustainable manner.”

World Clean Up Day: Why we participated —Nigerian youths 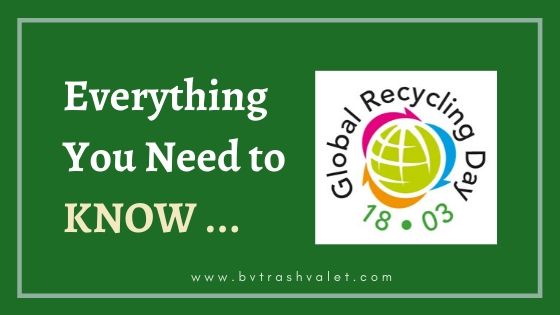 The arrival of Global Recycling Day 2020 also means that the time has finally come for us to announce the winners of our #RecyclingHeroes competition. Each of …
Read More

Even Little actions can make a huge difference whe

We are so excited to partner with Afterbreak Magaz

Every Action Matters in the Fight against Waste Po

#TheLitterathonChallenge The world needs the youth

Thanks for subscribing! Please check your email for further instructions.